Hi! I'm including a free CD with any order. Just order something and I'll include a free album of mine, just for fun.

Important Alert! These cards are a a limited offering, leftover from a Kickstarter campaign and we're delighted to be able to offer them, until they're gone.

John Hartford was known for always carrying index cards with him. He used them to remind himself of song ideas, to make grocery lists, and in the last 20 years of his life he used them to notate fiddle ideas and techniques he gathered from fiddlers all over the continent. He called these cards "Fiddle Devices." The Hartford team has chosen the best 88 cards, had them printed and compiled and I am able to offer them to you now, for the very first time, to purchase for yourself. They come beautifully wrapped and the package also includes the Hartford 3x5 Card Manifesto in which John Hartford explains the entire index card system and how to use it in your own life.

This album features music from Hartford’s personal composition journals, interpreted through the lens of some of today’s most beloved acoustic musicians. With everything from driving full-band arrangements to sentimental duets and parlor waltzes, the song treatments will appeal to both traditional and progressive music listeners. Hints of bluegrass, old-time, folk, country, and even classical music styles come through and emphasize the versatility and timelessness of John’s writing. Produced by Matt Combs, and Hartford’s daughter Katie Harford Hogue. 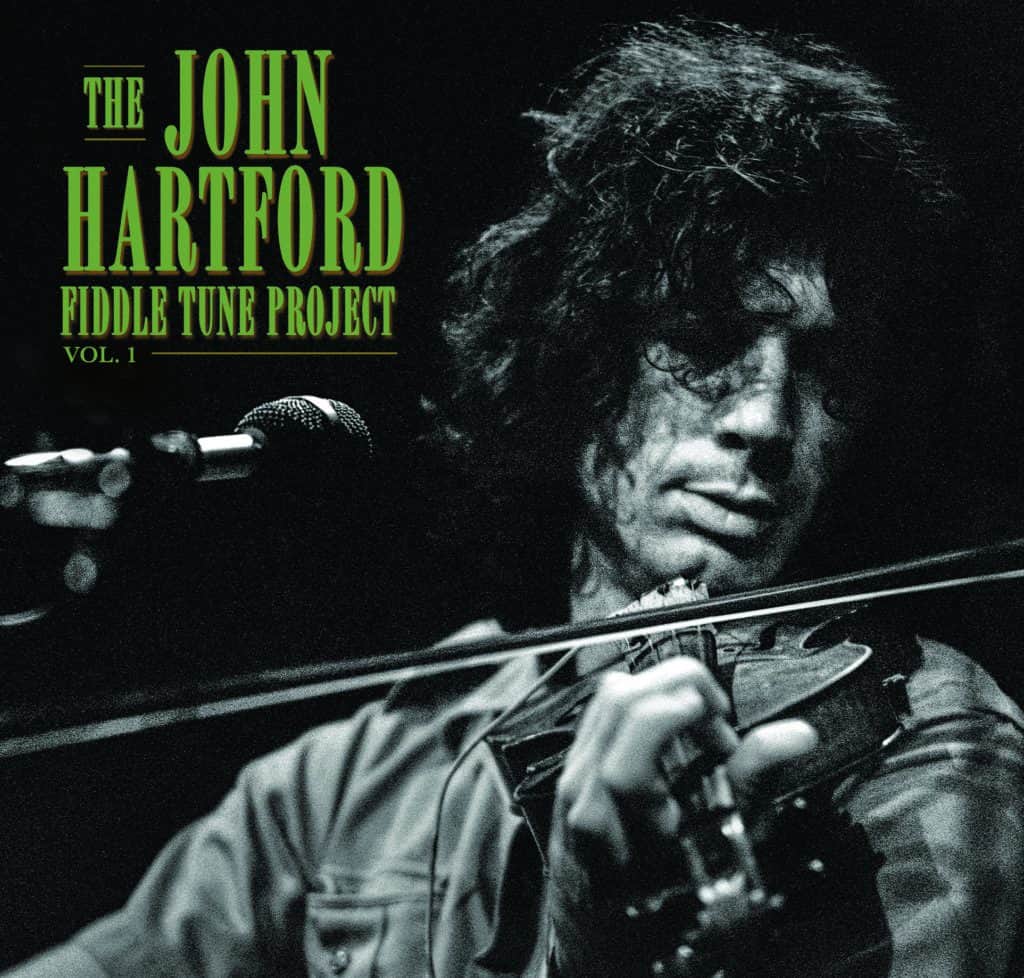 It's Volume 3 of the "Raw Fiddle Album" series! And this time it's all waltzes. I'm delighted to have created an album of some of my favorite waltzes from throughout my more than 40 year fiddle career. Released in autumn of 2020, this album solidifies my love for all things 3/4 time. Click here to see the track list, tune inspirations, and various credits. 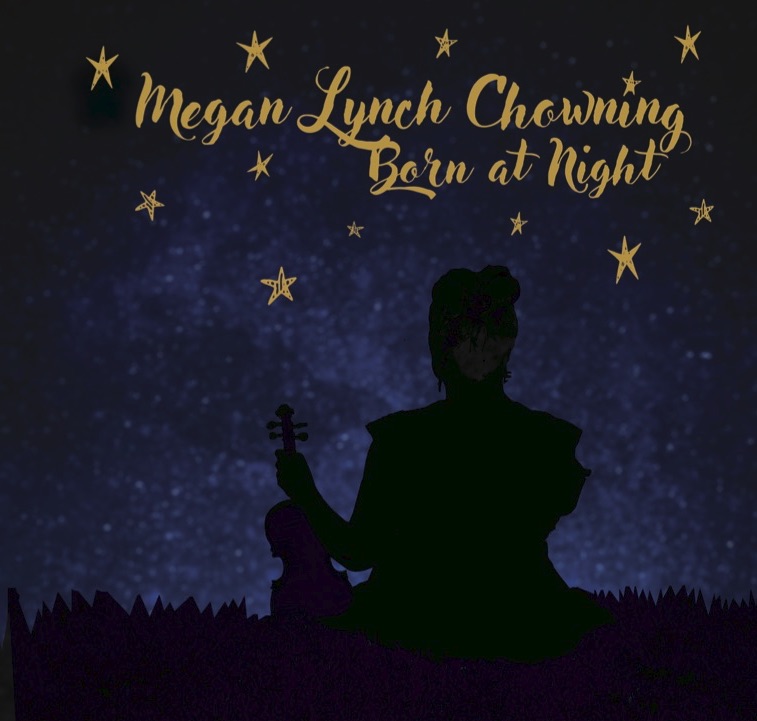 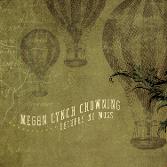 Behold, Megan Lynch Chowning's album featuring 14 old and new fiddle tunes (four of which are medleys so really, it's more like 18 tunes…) played in a way you've rarely heard in the last few decades - completely solo! This is Volume 1 of the "Raw Fiddle Album" Series. Click here for track list, credits, and tune inspirations. 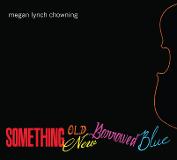 Inside Out - Megan Lynch Chowning and Adam Hurt

Early in 2015, Adam Hurt and Megan Lynch Chowning had an opportunity to play a couple tunes together at a camp where they were both instructors. Adam called a tune he had been interested in for a while, Tugboat, knowing that Megan was a National Champion “Texas style” fiddler and would be likely to play it, or at least be familiar with it. He had no idea it was one of her favorites and that she would be so excited to have that tune suggested by such an unlikely person, a champion clawhammer banjo player steeped in Appalachian styles. Megan's husband Adam and their friend Tyler Andal happened to be nearby and as they are both accomplished rhythm players in the Texas style, they were happy to jump in and add to the jam. It was a fantastic and exciting result. Both Adam Hurt and Megan realized in the that moment that they were likely creating a mashup of styles that needed more exploring. This album is the result of that exploration. For more information about tunings and sources, click here... 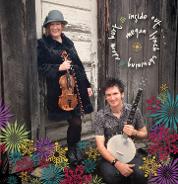 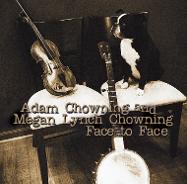 My husband Adam and I have made an album of classic old time fiddle and banjo tunes. We are so excited to share this with all of you. Engineered by the incredible Brandon Bostic and recorded right here in Ridgetop, TN, we are so proud of the sounds, the tunes, and the fact that Winston (our dearly departed Boston terrier featured on the cover) can be heard snoring in the background once or twice. These are the tunes we sit around and play together and this is the music we have come to love. 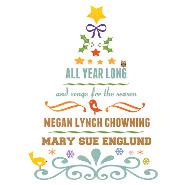 We are proud to share with you a holiday album that features six new and classic songs, all played and sung acoustically. We're especially excited about the brand new Mary Sue Englund original , All Year Long. Click below to listen to this beautiful holiday song. We hope you enjoy the spirit of the season, All Year Long...
Track List...
1. This Year
2. Old Toy Trains
3. Looking Through the Glass
4. Christmas Time's a Comin'
5. All Year Long
6. Have Yourself a Merry Little Christmas

Mary Sue and I are also proud to offer a beautiful holiday card for sale, printed on white, pearlescent card stock. On the front, a tree filled with our hope for the feelings of the season. Inside you will find the lyrics to the chorus of our original single, "All Year Long" as well as a CD of the album version of the song. This is a fabulous card and gift for all your friends and loved ones. We can ship individual cards or bundles of five.

Check out some of my instructional materials and earlier albums. To learn more about each one, click on the title.

The Comprehensive Fiddler
This CD is an hour of bluegrass fiddle instruction covering every aspect of the style and how to play it.

Kickoffs and Endings Book and play-along tracks
Get all the great licks that will make you sound like an authentic
bluegrass fiddler. This is now a virtual book and CDs. When you purchase it, I'll email a Google Drive folder link with all the pdfs and all of the audio tracks. No shipping cost and you can get to work immediately!

$20 for pdfs and audio tracks

let's do something...
The debut CD from Bill Evans and Megan Lynch! Beautiful vocals, evocative fiddle/banjo duets - like nothing you've ever heard. 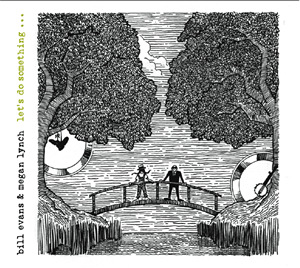 Bluegrass Jamming Essentials DVD
This DVD features over 2 hours of hands on, play-along bluegrass jamming instruction for all instruments.

It's About Time
Finally! Now available, Megan's first CD, recorded in 1996. This recording is full of classic Texas and contest style tunes.